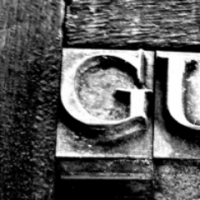 We had reviewed Gutenberg in the past. If you haven’t seen our previous post about it, here it is. Gutenberg Editor has progressed since then and it’s now close to being released, so it’s time to review it again.

There hasn’t been much change aside from more options added to the mix, but there are some concerning points that merit a new analysis. 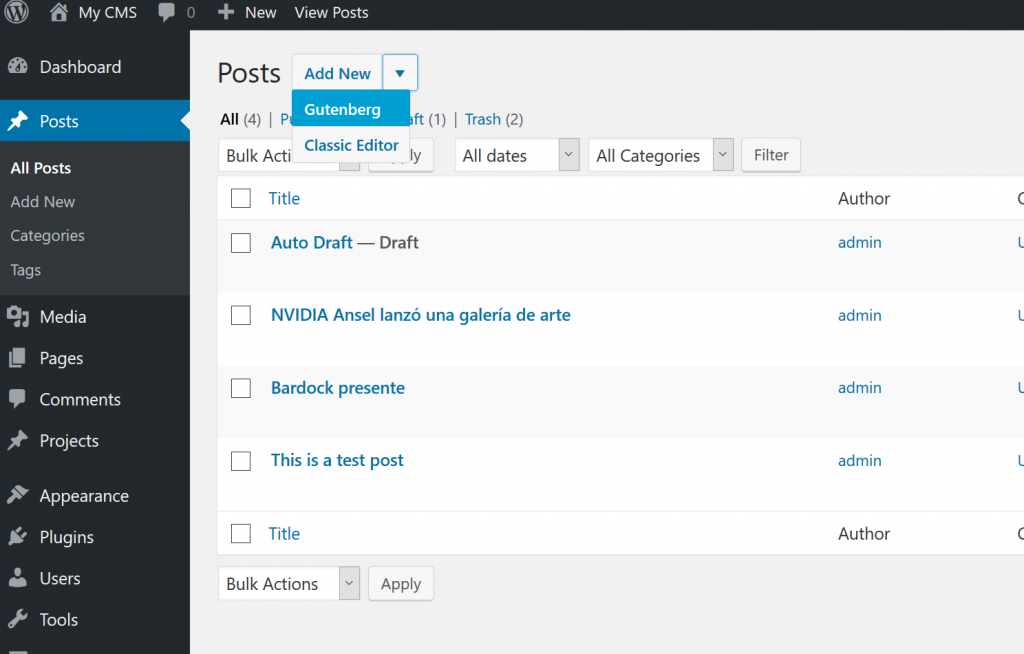 Gutenberg Editor will be added as a standard editor for WordPress core very soon. When that happens users will have the option to go back to the previous Classic Editor with an added plugin.

For now, let’s just add a new post in Gutenberg to see how it looks. 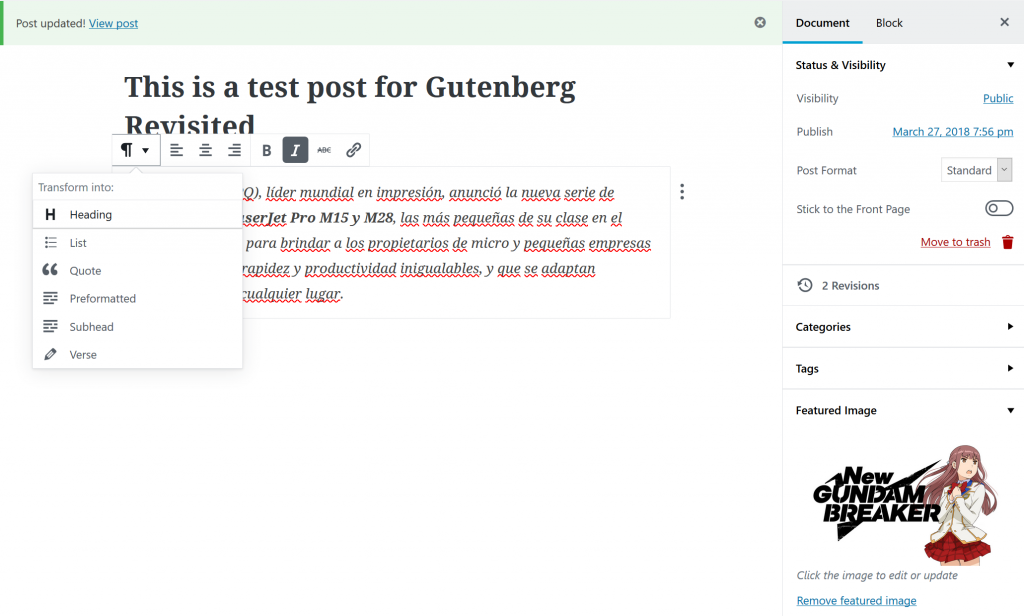 Gutenberg editor remains with a very ‘soft feel’ that makes it a lot easier to write content. The ease to access menu for paragraphs and headings makes the writing process very fluid. 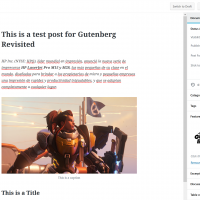 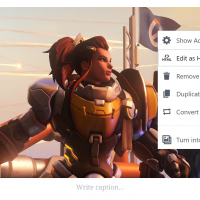 Adding pictures is as easy as before, and the advanced menu will allow to make custom modifications to the HTML code with the added bonus of being able to add classes to each picture. 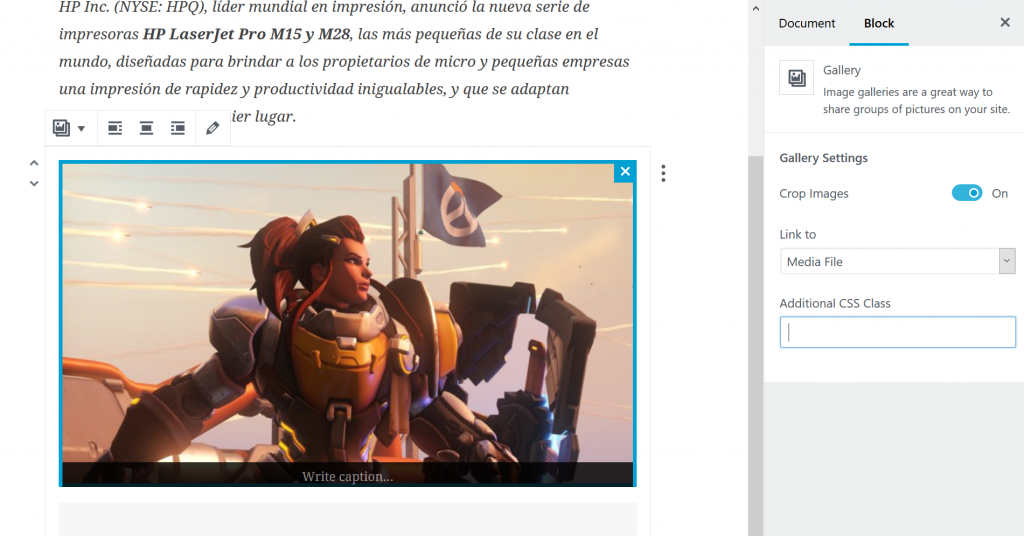 Gutenberg supports a full screen editor free from clutches. The best looking so far, and one of the most usable for working on large articles. If there is one thing that Gutenberg got right, it’s the presentation. 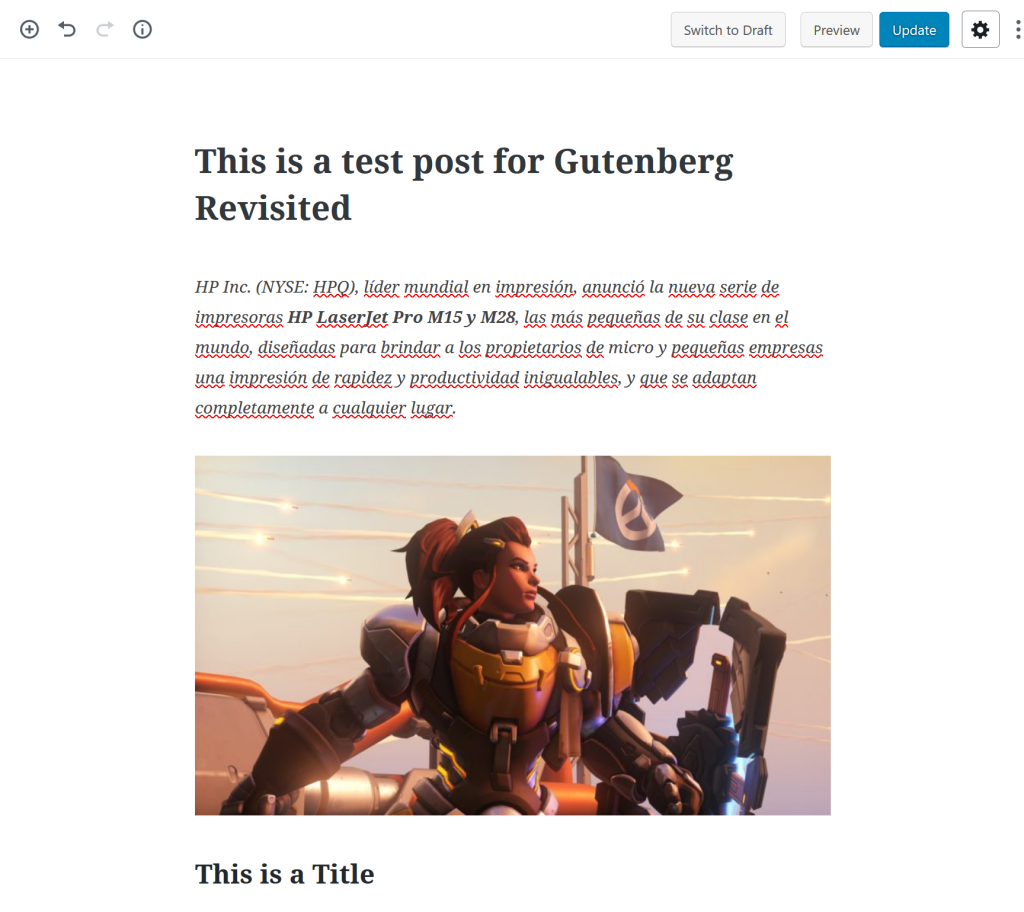 The new full screen top left menu is really handy, and will make it a lot easier to work in full screen than before. 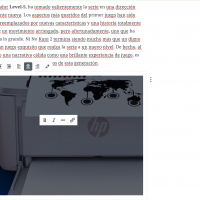 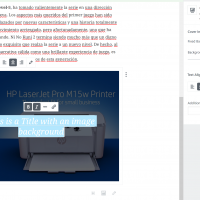 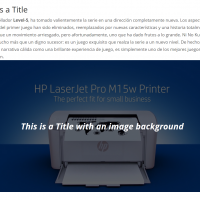 The blocks behave very similarly and will allow all kinds of cool stuff like pictures, galleries, images with titles on top and everything in between. The images with titles will now have dim values and fonts can be easily customized. 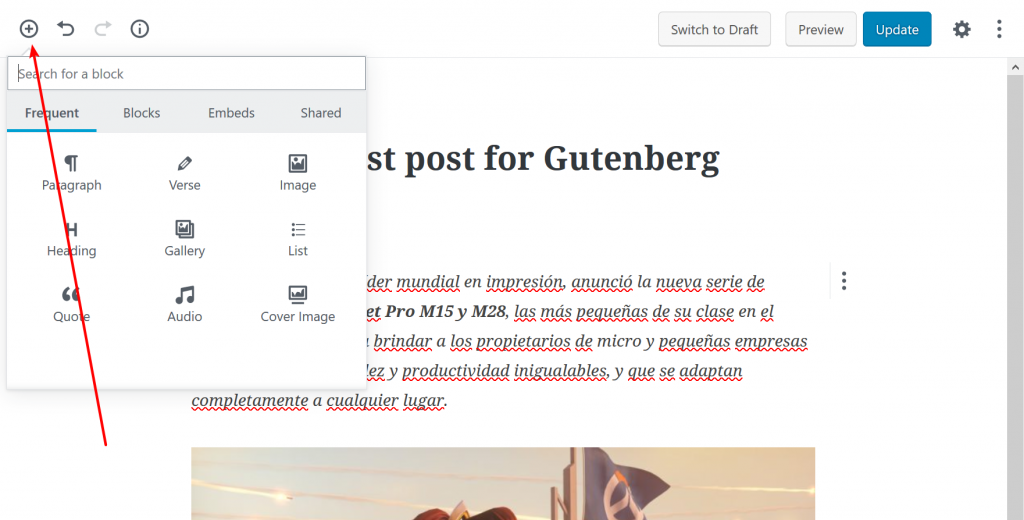 The new + button has been totally revamped and now contains lots of new functionality. For example, here are the most important features: 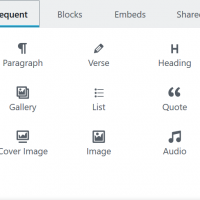 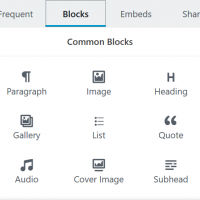 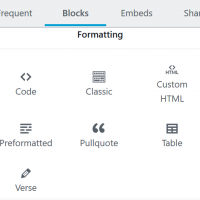 This new button loaded with modules is so far the best addition to Gutenberg. You can pretty much add anything you want and there is no need to add extra modules. 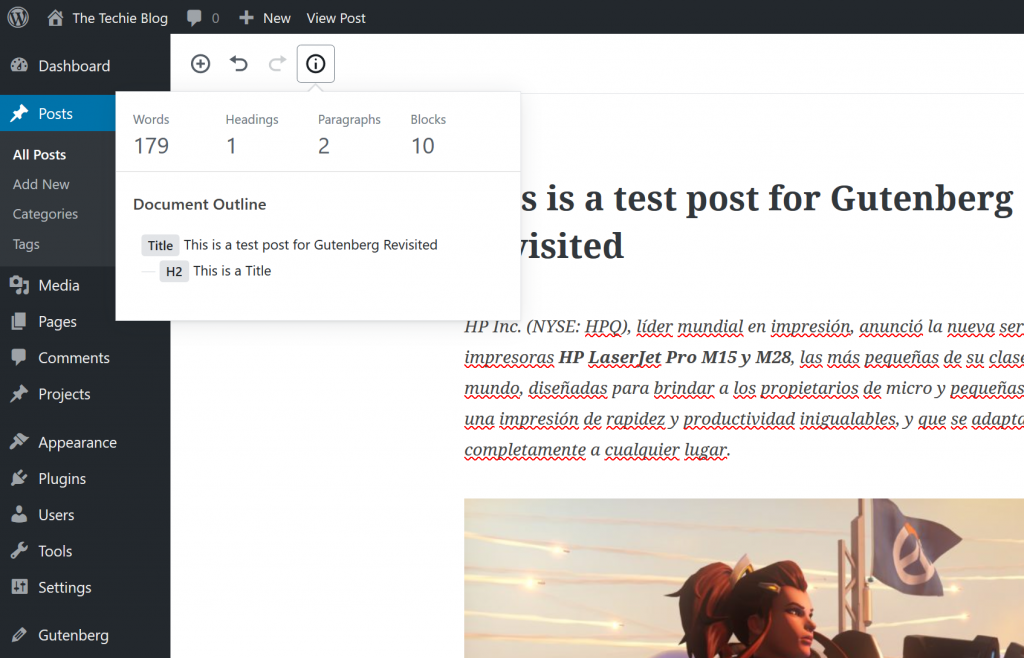 The Information button is also very helpful as it now has the ability to show how many words, headings, paragraphs and blocks the article has in total. This is useful for copywriting work and to keep your posts in check according to your needs.

So far Gutenberg has progressed into a fully functional editor and everything appears to be working great but there is a catch.

Gutenberg has tons of incompatibilities that will make your life really miserable if you don’t know how to fix them. Gutenberg is based on the REST API and as such it is bound to have problems with several hosting platforms and configurations that are not ultra conservative in it’s configuration. 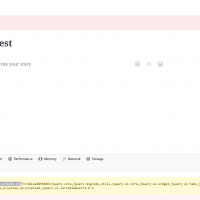 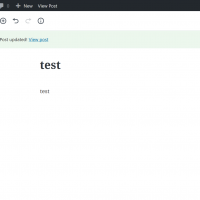 The most typical problem Gutenberg faces right now it’s the incompatibility with nginx. So far Gutenberg refused to work with nginx enabled. As I own a hosting company I did several tests to it. Whenever nginx is enabled Gutenberg refuses to work, I had tested numerous configurations and so far I was unable to make it work with it, the most common sympton is the Post Failed. This is very frustrating as it will block any updating you do to a post, effectively rendering Gutenberg useless.

The developers had a lot of time to catch up and fix all of this but it seems they didn’t. Navigating several forums I came to some examples where users where able to make it work with pretty permalinks changing the configuration on WordPress, but that was not my case.

Things we tried that didn’t work

This is as serious as it can be.  We tried Gutenberg on a state of the art Plesk Onyx Server with WordPress autoinstall enabled to make sure nothing gets in the way.  A fully secured server that is working perfectly fine with tons of WordPress installations had refused to work with the plugin as the sole addition to a newly installed WordPress.

Another common error in Gutenberg is the random box that will display whenever you’re trying to update a post or while you’re working on it. This window is not fatal and in Gutenberg’s defense, it was able to “recover” our article most of the time, but the showing up is troublesome.

This wide range of errors are troubling to say the least. Gutenberg is so close to being released and so far it has proven that it will be incompatible with a lot of webservers, forcing people to switch or try to fix it. This is totally unacceptable as Gutenberg is going to be part of Core.

The only thing we can think of is to be ready to install the Classic Editor Plugin when the update goes into Core, as I’m sure it will break tons of WordPress installations. This is a pity as the concept is great and great progress has been made to its usability. It’s a shame the same can’t be said about its usefulness in the wide range of webservers and configurations, and the sole fact that we tried this onto a newly installed WordPress with zero plugins on it just gives me the creeps.

Gutenberg Editor is a nice change to the WordPress standard editor and something that could seriously improve the writing on WordPress in general, but all the good things that can be said are shadowed by the inability of the development team to come up with a compatible product. The end result is a mess that will surely be postponed until the incompatibilities are fixed. I advice anyone worried about this new editor to try it as soon as possible to get a measure of compatibility with your WordPress/Hosting platform and to be better prepared for when it comes out.

Alex Vojacek
Alex Vojacek is a full-time sysadmin for ESH, his own hosting company, a veteran in WordPress Design and a speed freak. He is also the founder of TecnoGaming, a Gaming & Tech magazine in Latin America. When he is not managing or designing something, he loves to write about technology.