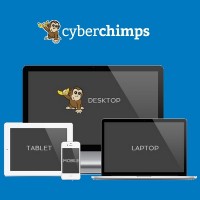 Responsive Mobile gets approval for the WordPress Themes Directory

Cyberchimps has just announced that their theme Responsive Mobile (aka Responsive II) has been finally approved and is available for download at the WordPress Theme Directory.

According to Cyberchimps, it took a couple months to get there, but Responsive Mobile (Responsive II) has finally been reviewed and approved by the admins at WordPress.org.

Responsive was a free theme originally designed by Emil Uzelac of ThemeID, back in 2012, and it has always been one of our Top WordPress Themes since it´s used by many sites. Responsive  became very popular in a short time, so when Cyberchimps acquired ThemeID and the Responsive theme on February 26, 2013, Responsive had already reached 500,000 downloads.

Soon after it was released on WordPress.com and the Responsive Pro version was introduced, and then came the new Responsive II version.

Responsive II was developed over the original Responsive, with the following features:

To celebrate the approval of Responsive Mobile (Responsive II) for the WordPress Themes Directory, Cyberchimps is offering until December 31st, 2014 a special discount code on the Pro Features plugin. Simply enter coupon code: “approved” prior to check out and get your copy of the Pro Features Plugin for only $14.99.