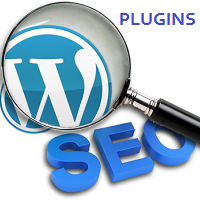 WordPress SEO vs All In One SEO Pack: The Facts

During the past year we have seen many posts comparing the two main plugins for SEO: WordPress SEO by Yoast and All In One SEO Pack. On those posts the pros and cons of both plugins were pointed out, as were the different tastes and experiences of their authors and of the readers who commented them. There are even posts telling you how to migrate from one plugin to the other, like this post from last December on WP Mayor.

So I don´t plan to write just one more post giving you my personal opinion and backing it up with technical details. If you want to know it, I prefer WordPress SEO by Yoast and that is what I´m using for this website.

I should say that I consider All in One SEO Pack a great plugin though. I have used it and I liked it, and I still keep it on some of my clients sites because they are happy with it and they don´t want to spend any time getting acquainted to another plugin. They already feel they are doing something quite natural by filling out the fields provided by this plugin whenever they write a new post, just in the same way they have done it so far.

That said, I´ll let you know that the approach I´m taking today is not based on opinions and experiences but on facts. What I´ll consider is which one of these two plugins is more popular now, and also which one is more popular when it comes to the most popular sites.

And the winner is…. WordPress SEO by Yoast.

Why am I so sure about it? Let me explain myself.

If we want to talk about facts and not about opinions, what objective data do we have to choose from? I guess most of you would agree that the main candidate figures would be available through the WordPress Plugin Directory, namely:

What does this mean? Is this a tied match because one plugin clearly wins when considering downloads but the other wins if we consider the star rating? I don´t think so.

The first thing we should take into account is that All in One SEO Pack has been around for much longer than WordPress SEO by Yoast , which no doubt is a good reason for such a large difference in the number of downloads.

But I´ve also carried out a little experiment. I was writing  this post yesterday with the idea of publishing it right away, but then thought it better and I decided to take note of the number of downloads for each plugin and do the same thing today at about the same hour, so we could compare not the difference in total  downloads but in terms of daily downloads (of course I know that this is not too scientific since I´m only considering one 24 hour period, but I chose a day at random and I thing it will be appropriate enough to get an idea of what is happening).

Then I made a table with the results I´ve got:

What we see here is that in this 24 hours WordPress SEO by Yoast had many more downloads that All in One SEO Pack (more than 1,6 times) but, what is more important, the daily rate at which the number of downloads is growing for this plugin is almost 7 times greater than for All in One SEO Pack. To me this is a clear indication about WordPress SEO by Yoast becoming a much more popular plugin.

What about the ratings?

The rating figures we saw before clearly show that WordPress SEO by Yoast gets a better rating than All in One SEO Pack. But I believe that there is something else that should be pointed out about the ratings. Let´s take a closer look at how they are calculated. This is what was shown a moment ago on the WordPress Plugin Directory for each one of these plugins:

WordPress SEO not only gets a better general rating, there are a lot more people willing to give it a 5 stars score! And also, we should not forget that this plugin has been around for much less time than the other one. There is another interesting point to consider as well: at the same time there are fewer users rating this plugin low.

Taking all this into account leads me to hold what I said before, the winner seems to be WordPress SEO by Yoast. But, since this blog happens to be on a website which features an online tool that tells the plugin being used by WordPress sites, let´s take advantage of it to get some more facts!

What we´re finding on WordPress sites

On the sidebar menu of this website you may find the links to our Top 10 Plugins and Top 20 Plugins reports. These reports show on a table the 10 or 20 plugins which have been more frequently discovered by our plugin detection tools.

Our experience tells us that the websites investigated by our detector usually lie on several different classes: the most popular WP sites, the user´s own site, the most appealing sites in terms of  design, etc. For the purpose of this post that means that our databases are filled with information about the WordPress themes and plugins used by either popular sites or random sites, which makes it ideal to get a hint about actual trends.

So here you have a screenshot of the top part of our Top 10 Plugins report for today:

Again, the winner is WordPress SEO by Yoast, which also is the number 1 plugin, not only among the SEO plugins, it is the plugin we have detected more often on the sites our users wanted to check. All in One SEO Pack is at this moment ranking third since the also very popular Contact Form 7 is placed in between the two plugins we are comparing here.

For those who are not familiar with our site, the percentages shown on our report stand for the number of times a plugin was found throughout the total queries performed by our WPThemeDetector. For example, out of a thousand times we detected a plugin in a site, 60 times the plugin found was WordPress SEO by Yoast.

From the facts we have presented and discussed on this post I believe that WordPress SEO by Yoast should not only be considered a more successful plugin than All in One SEO Pack at the present moment, I also think that we may expect its success to grow further, thus widening the popularity gap between both plugins at least while All in One SEO Pack does not react with the release a newer and improved version.

Just to make sure, I waited for another 24 hours and then checked the number of downloads for each plugin again. This is what I´ve got now:

We can see how our assumptions and predictions seem to point in the right direction. The number of downloads for WordPress SEO by Yoast is slighty higher than a day ago, while it is lower for All In One SEO Pack.

What about you? Do you agree with my interpretations of this facts? Please use the comment section to express your opinion!