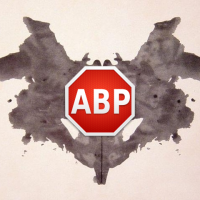 Let us imagine that, for whatever inconceivable reason, you hated WordPress and you wanted to release a software to make browsers block every single WordPress site (maybe because you thought that there might be thousands of people sharing your animosity?).

But how could you implement that? Oh! That´s an easy matter! Let´s just block all the sites that are sending the letters “wp” in their HTML code! Brilliant, uh?

So you go ahead and do that and, supposing you could find anybody out there who is willing to use your piece of crap of a software, your user will never again get anything from The Washington Post either! And I´m not talking about the The Washington Post blogs that run on WordPress, I´m talking anything from TWP, being it on WordPress or not (and I guess from thousands of other “unguilty” sites too).

This is no joke

Well, that little stupid story is just an example of what a browser extension called Adblock Plus is doing to our site.

Adblock Plus is defined as a content-filtering extension for web browsers, where “content-filtering” is just an euphemism to say that the main purpose of this add-on is to disable all the ads from a web page.

Now let me tell you that A and D are the initials of a company I own, so some time ago I decided I would start using the “ad_” prefix for my CSS classes and ids, innocently thinking that I was just using a good coding practice by trying to avoid possible conflicts with any pre-existing classes and ids using similar names.

And then here comes the wonderful Adblock Plus extension! Their code for blocking ads is so “clever” that it will block any CSS class with the letters “ad” included in its name! Really. I learned it here. And over there I also had to read that I am a stupid for using “ad” in the name of a CSS class! What a nerve.

In my case it was a sad coincidence that the name of my company started with “a” and “d”, therefore I was stupid. I guess I should have used my own name´s initials, “la”. But what if instead of Luis Alejandre I happened to be called Alexandre Dumas or Andrew Davis? Then I should have known better. I should have suspected that, for other people, anything which contains the letters “a” and “d” put together and in that order has to necessarily stand for suspicious advertising.

That way of thinking reminds me of an old joke: The father of a student is summoned by the School Principal, who claims that the boy is a pervert. “Look” – he says – “our psychologist tried to examine your son by means of some Rorschach tests, but all he saw in every Rorschach card was an explicit sex scene.” “What did you say you showed to my son?” – the father asks – “Just these test cards” – the principal handles him the cards with the inkblots – “No wonder!” – the father suddenly rages – “YOU are the perverts for showing those dirty pictures to innocent boys!”

Please don´t use Adblock Plus when visiting this site

I realized about all this yesterday, when one of our users spent some time and some emails trying to find out why he was not able to see our site correctly. He was very kind in the first place to send an email through our contact page warning me about his issue and, when I answered him that the site looked ok to me, he sent me a screenshot and didn´t stop until he found what the problem was. Sure enough, Adblock Plus was the culprit. It had been installed in his computer as a recommended option for a new anti-virus and firewall software. By the way, thank you David, I love when anonymous people are so helpful! 🙂

Removing our CSS means that if you try to use this site with Adblock Plus activated, you will get a plain page like this on your screen: 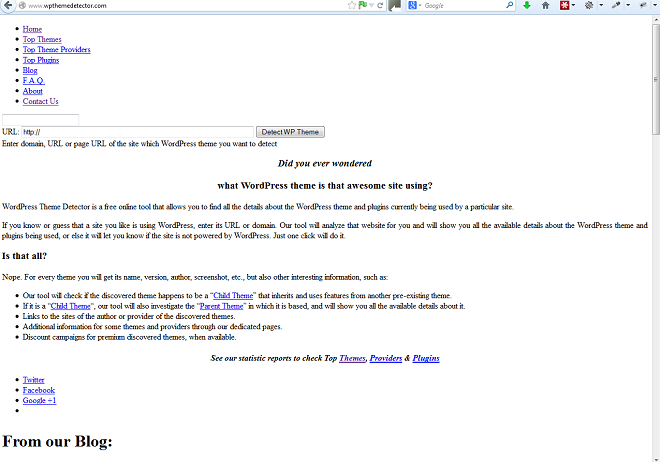 Screenshot of our homepage with no CSS courtesy of David Cockroft

You have no ads on your site, but no CSS either because we took it away, sorry boy

Please bear in mind that we did not include any ads at all on that page. So you are left to judge how well this extension is performing its job.

We are not discussing here whether this kind of extensions are good because they defend the user from “ad attacks” or whether they may lead to the death of many interesting blogs, online tools and other resource sites because they are cutting off their only source of the income needed to maintain them (which is an appealing debate that would certainly be worth another post, by the way).

We are talking here about a lousy job and an obvious lack of imagination when implementing code solutions. And the worst thing about it is that it may damage other people for reasons that have nothing to do with the original purpose of the extension, as it happens in our case (“you have no ads on your site, but no CSS either because we took it away, sorry boy”).

I still don´t know how we are going to handle this issue. For sure we will do some things, and the first step has already been taken by publishing this post. For the time being, we´ll just ask our visitors to please deactivate Adblock Plus if they want to use our free site. I´ll also try to find an effective way to detect if our visitor is using Adblock Plus, so any help about this would be most welcome.

Did you have any bad experience with Adblock Plus too? If so, please share it and tell us about it in the comments.