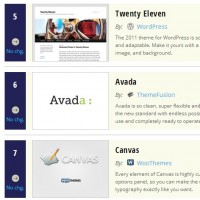 It´s been a long time since we last talked about Avada. As a matter of fact, a whole year went by since we published our interview with the people at ThemeFusion on July 2013.

By that time, Avada wasn´t even one year old (it was released in August 16, 2012) and it already was the best selling WordPress theme at Themeforest with 28,000 customers and an average Buyer Rating of 4.64 over 5, based on 2,281 buyer opinions.

Also by that time, Avada had become one of our Top WordPress Themes, ranking #13 at that moment.

Those impressive numbers motivated me to contact the creators of this amazing theme a year ago, and to publish our interview with ThemeFusion on July 16, 2013.

But let´s see what happened during the last 12 months.

Where is Avada now?

For the last 12 months Avada has been continuously climbing positions up our Top WordPress Themes reports.

The last achievements were getting #7 last May after beating a well established theme like OptimizePress and finally, around 10 days ago, climbing to #6 beating yet another very popular theme: Canvas.

So right now Avada is headed towards taking over the place of a real though one: none other than the Twenty Eleven theme. Do you think it will make it to fifth position? 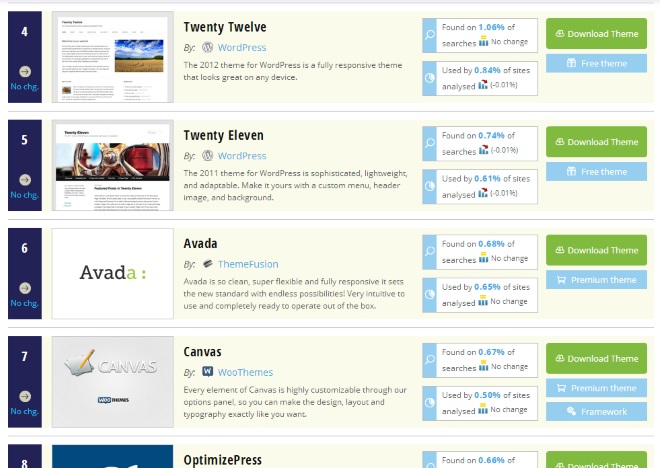 But it is no wonder why Avada got that high in our Top WordPress Themes reports: it is the #1 selling of all time on Themeforest. As I´m writing this article it has made more than 79,000 sales, and that means more than 50,000 sales during the last 12 months! so the sales for the second year of Avada will double the sales made during its first year.

The average Buyer Rating of Avada has also slightly increased for the last year, reaching at the moment 4.71, based on 6,781 ratings.

The newest version of Avada is 3.5.3. You can find more about its features here.

And what about ThemeFusion?

One of the most surprising facts about the success of Avada is that it is the one and only theme released so far by ThemeFusion.

Being a one-theme provider, ThemeFusion didn´t show up on our Top Theme Providers reports at the beggining, even as Avada was already becoming one of the top themes. But that is history now: while I´m writing this post Themefusion is the #15 WordPress theme provider, beating other providers as popular as PageLines or Headway Themes: 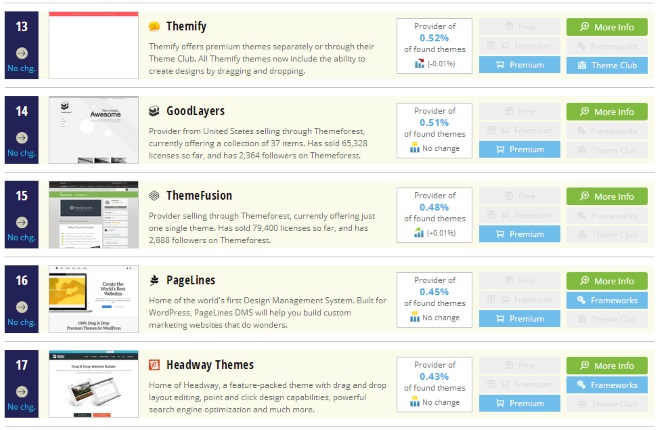 Actually, ThemeFusion was the first one-theme provider to appear on our top provider reports whose only theme is not a theme framework.

Although Luke Beck from ThemeFusion told me many months ago that they´re working on a new theme while at the same time improving Avada, no new theme has been released yet. Luke promised I will be one of the first persons to know about  that release, so I hope I can review the new theme and share my opinions with you soon here at the WPThemeDetector Blog.

We can´t but congratulate ThemeFusion for the success of Avada, and hope to see their next theme soon.

After all what they have achieved during the last couple of years with their first theme, it must be quite a challenge to decide what theme should be their second product. Don´t you agree?