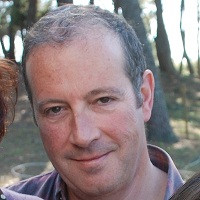 WPthemeDetector.com is a project created by Luis Alejandre.

Luis has always been a passionate about technology. An Spanish Telecommunications Engineer, he has worked both in Spain and the USA for different companies and in various fields such as TV and Radio Transmitters, Radar, Aerospace, Laser, Business Innovation and, for the last years and through his own companies, in Acoustics.

Last but not least, he has lately being envisioning and undertaking some new website services and internet related business.

Luis didn´t really discover WordPress until 2011, but then he felt fascinated by it from the very first moment.

He is currently involved in several WordPress related projects, this WordPress Theme Detector being one of them.

Luis is happily married and the father of two girls, and loves being by the countryside at his family´s farm. He also enjoys reading and playing the electric bass in his scarce free time.

He currently lives in Spain in his hometown, Caceres, a city declared “Patrimony of the Humanity” by UNESCO in 1986 and  the “Third Monumental Set in Europe” as granted by the Council of Europe in 1968.