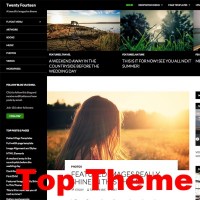 It took a while, but Twenty Fourteen is now one of the Top WordPress Themes

During last September I posted about Twenty Thirteen becoming one of the Top WordPress Themes a month and a week after its release as the default theme for WordPress 3.6.

Once again, when back in December 12th 2013 WordPress 3.8 was released including the new Twenty Fourteen default theme, I wondered how much time it would take for it to become one of our Top WordPress Themes.

Well, here you have it now. At the middle of this week Twenty Fourteen finally appeared as one of the 25 most popular WordPress themes. It showed up two days ago and now it is ranking #24 after climbing 4 positions in one week: 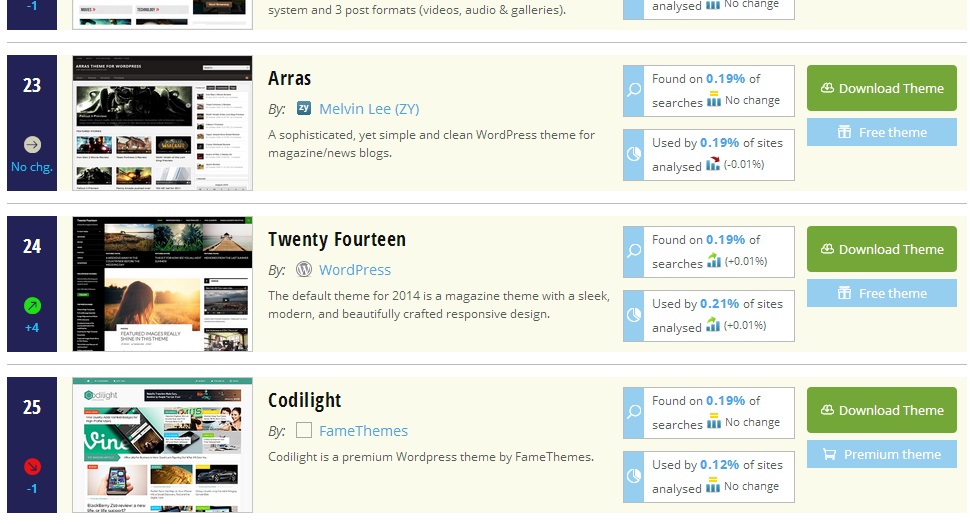 So it took three whole months for Twenty Fourteen to show up as a top theme, more than double than it did for Twenty Thirteen. I guessed something like that would happen, because Twenty Fourteen is a nice theme but it is more suitable for magazine style websites than for regular blogs, especially for new sites with little content which are the typical candidates when it comes to using default themes.

Our Top WordPress Themes reports are dynamically generated from the data we collect every time a visitor uses our WordPress Theme Detector to find the theme and plugins used by a WordPress site. Themes are ranked in these reports by their popularity, ordered by the number of times our detection tools find each theme.